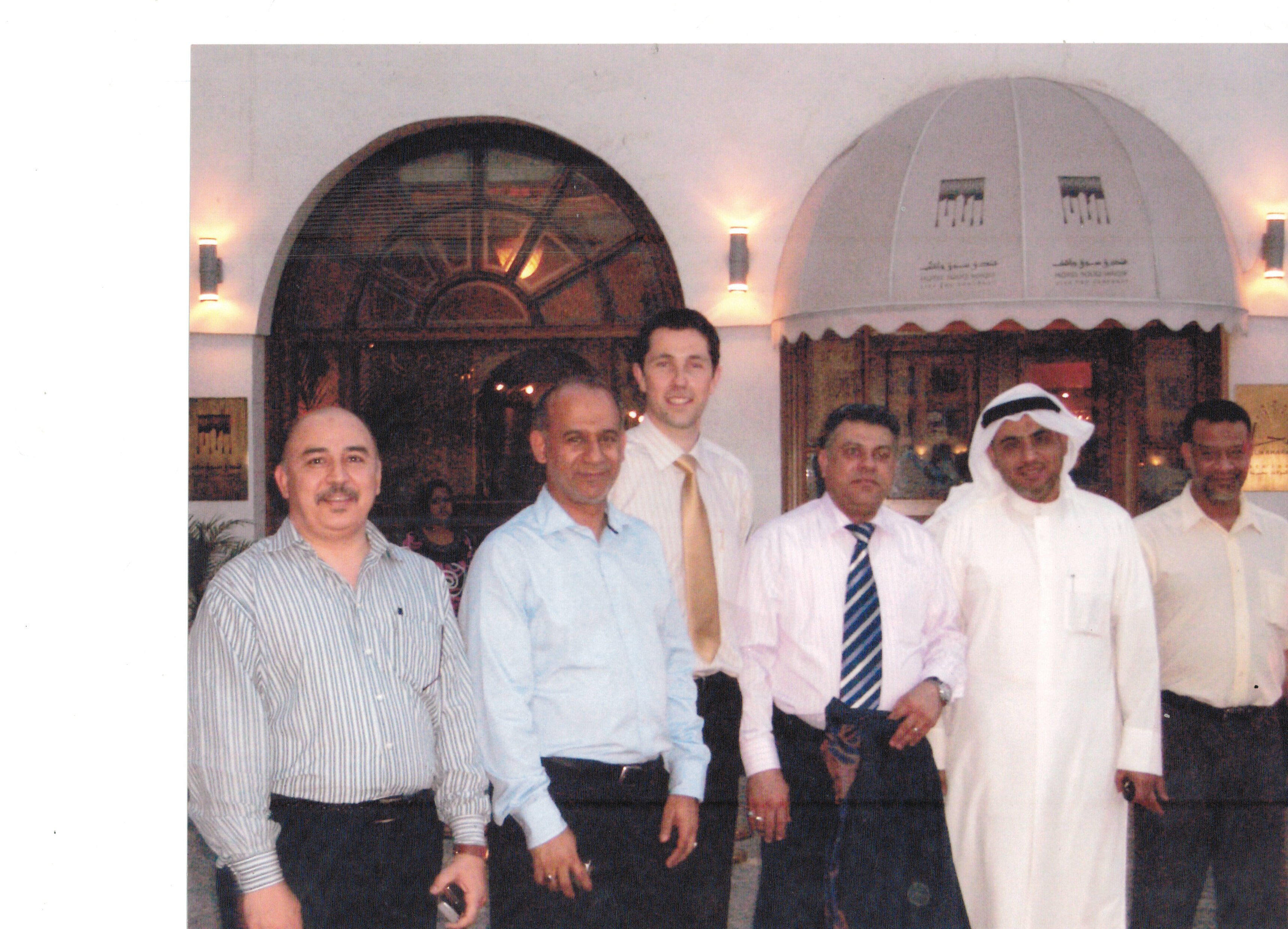 Steady progress was made as Merenda's material was seen to solve problems in the marketplace. They liked it in Ireland, they liked it in England, they liked in Scotland. Then a sweep across the Middle East opened interesting new doors and a whole new experience. The business was now growing, far from home but well worth the journey.

The variety of veneer species needed, continued to grow steadily and interesting 'woods of the world' had now become a feature to be seen in this small North Leitrim town. More machinery, more jobs marked this story of Merenda as it continued to push its boundaries out through the decade of the nineties. The question now on the screen asked ' where to next for the marketing team'. As always, they were ' Up and Running' like the Mike Murphy TV programme on which the Company had featured. At the same time an organised group of ambassadors, visiting Ireland from Countries abroad did Merenda the honour of a stopover on their tour with a keen interest factor in its products.

And thus, a strong international factor grew around Merenda's efforts, created enthusiasm and encouraged plans for places new. The United States of America came up on the screen, as the new century dawned. That aforementioned letter from its early days came back again still brightly shining and the boat set sail across the ocean.

America and Canada now presented Merenda with a whole new dimension and larger manufacturing facilities were a must to meet increased demand. A site was cleared and the first sod was cut on the Park Road Industrial

Estate in January 2000 for the new (40,000 sq ft.) factory, adjacent to the renowned Bee Park. The official opening of this new facility was an historic day for the Haslette family, whose business tradition in the town now spanned five generations and at this stage provided more than 50 jobs in the locality.

Container loads of product were now the order of the day and the new facility was geared up to meet the additional business coming on stream.

The old factory closed and all was moved to the new destination. Additional purpose-built machinery was also strategically positioned on the bigger factory floor while new business was beginning to flow now from places as far away as Australia and New Zealand. A new era had dawned for Merenda and a new young chief executive, RONAN Haslette, picked up the baton to meet the challenges of the future.

International trade is a very varied game to take part in and recession impacts on all involved. Despite these identifiable periods of same in more recent times and resulting downturns, Merenda's flag has never ceased to fly and continues to hold great respect from its customers across the world.

Its future pathway is also crystallising now, today, in its new development concepts of decorative and intelligent veneers, indicating in an ongoing way how much natural wood can still surprise the world.

Thirty-five years have now passed since that phone call set the ball rolling. It was from the National Industrial Development Authority telling Oliver they liked the proposed project he was planning. Their answer was... 'We'll back it, give it your best shot' ......and the show goes on.