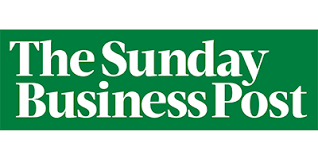 There is a good example of one company that is preparing for this worst-case scenario in Manorhamilton in Leitrim. Merenda, a wood veneer manufacturer, ships its products in containers to Britain, the US, Australia, New Zealand and the Middle East. It is going to run a hard Brexit ‘test day’ at its factory next month. Its managing director Ronan Haslette said that staff would be completing Brexit customs declarations for their goods.

“Everything will happen for it being one-day post-Brexit. We’ve done a lot of preparation so running for one day is something we can control and we’ll find out what the collateral damage is,” he said.

It is not just to identify the gaps – it is also to send a signal to Merenda’s customers in the North and in Britain that it is going to keep supplying them, even in a hard Brexit scenario. Merenda has set up a registered company in the North – and identified a potential office - to try to avoid trade tariffs after a hard Brexit. It has developed more business in the US to diversify – and it now accounts for around 15 per cent of its business.

It has a history of surviving difficult business conditions since it was set up by Haslette’s father Oliver in 1984. At the start of the 2000s, it employed 55 people but that went down to 14 in the recession. It is now back up to employing 25. Ronan Haslette said it had changed its management team and its production process to become more efficient.

“There’s no reason why we can’t be as good as anybody in the world. Just because we’re from North Leitrim is irrelevant ultimately, bar a bit of infrastructure to help us along the way,” he said.